Debut historical author Beverley Kendall is one busy lady. Not only is she celebrating and promoting her debut historical romance with Kensington, Sinful Surrender, she also runs the wildly popular webite The Season! Please help us welcome her to The Romance Dish as she talks about her exciting debut! 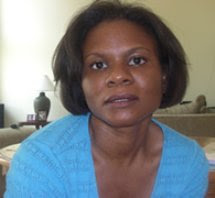 Writing the book I wanted to write

When I started writing SINFUL SURRENDER I never thought to myself, ‘will this plot sell?’. The plot for SINFUL SURRENDER is a fairly tried and true one that I absolutely adore. I will always give a ‘in love with my brother’s best friend’ story a second, third, and fourth look. The blurb has to be absolutely horrific, or a trusted friend must tell me the book was just awful for me NOT to pick it up.

So I charged ahead with that very premise when I started writing back in November 2006. I, of course, was going to make it different, put my own unique spin on things. Yep, I sure was. LOL. Little did I know that the very nature of this ‘tried and true’ plot was going to be a hard sell.

The rejections came for about a year, saying much the same thing, ‘This isn’t different’. They were looking for something more. I’m not sure how much more, but more. Now most of these rejections came from either the query or the partial. SINFUL SURRENDER apparently wasn’t different enough to stand out in the historical romance market, which at that time was said not to have a pulse.

After a year of rejections, I had long moved onto the second book. My new plot wasn’t as tried and true as SINFUL SURRENDER and I thought it had a flawed but endearing heroine and a fantastic hero. I prayed this one would sell. Then I sold SINFUL SURRENDER and that just about knocked my feet from right out under me. It sold. Picked from a slush pile, it actually sold.

Now it’s two years later, my book is actually on book store shelves, and readers are actually buying it! My mind spins. Some readers are actually telling me they really like it. And it is only then when I sit back and think of the misgivings I started after hearing for a year, it was too much of the same thing, that I actually felt really good that this was the story that I chose to write. That I’m really happy I followed my heart and wrote the kind of story that draws me in as a reader. I will read the books that are ‘trendsetters’ or so different they make everyone sit up and take notice, but to me, there is nothing like a plot that has always held a magical appeal to me. I guess that’s the reason they’ve been termed ‘tried and true’. :)


So what’s ‘tried and true’ for you? Leave a comment and TWO lucky people will each win a copy of Sinful Surrender!


Lord James Rutherford fights the inexorable demise of his bachelorhood

with every sane bone in his body. But the single-minded pursuit of the delectable Missy Armstrong entering her fourth London Season proves his undoing. Just as he’s decided to risk the wrath of her brother—his friend—and right the wrong of their indiscretion, James discovers the consequences of a forgotten night of drunken passion has left yet another lady of ton compromised.
For Millicent ‘Missy’ Armstrong, being ruined by the man of her dreams is nothing to wring her hands and bury her face in her hands about. But when an offer of marriage isn’t immediately forthcoming, and whispers of James’s betrothal to another—and pending fatherhood—reaches her ears, there isn’t an acre of land on the Continent far enough on which to escape. Then, in an abrupt reversal, James is back on her doorstep with the offer she’d yearned to receive…two weeks and one woman too late.

In the face of her unwavering refusal, James launches a war to win back her passion, her trust, and her love. A war as ruthless as it is seductive. With the wounds of her heartbreak still fresh and raw, can he convince her that far from the second choice, she has always been the only choice for him?
Posted by Andrea at 12:01 AM