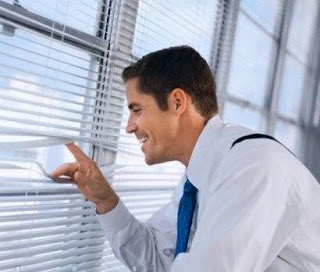 And the Bandit Invasion continues with authors Christie Kelley, Susan Sey, Caren Crane, and Kirsten Scott! I don't know about you, but I'm a sucker for a man in a shirt and tie. I wonder what this cutie sees out the window? Christie, Susan, Caren, and Kirsten have each written a vignette concerning that very question, but they need YOU to help them finish it! Write a line or two to finish their vignettes. And remember -- be creative! Today's prize package includes a $10 B&N gift card from Susan, a $10 Amazon gift card from Caren and a signed copy of Every Night I'm Yours from Christie. Good luck!

Kevin couldn’t help but laugh when he saw Stacy struggle to get the oversize bouquet of flowers into her Smart car. Whoever had sent those flowers certainly didn’t know his “green” assistant. She would hate the idea that those flowers had been cut only for her to admire for a few days.
After looking back at his caller ID and ignoring the call from his brother, he glanced back to see Stacy’s car still in the lot, but no sign of Stacy. His smile turned to a scowl. Where had she gone? The parking lot was almost empty.

He turned and steeled his mouth from gaping at the sight of Stacy O’Hara with her chestnut hair out if its usual tight bun, her white silk blouse with at least one more button undone and her glasses off. Had he known what she’d been hiding for the past year, maybe he would have sent her a large bouquet, too. 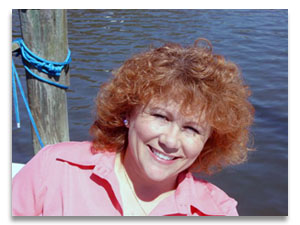 Christie Kelley was born and raised in upstate New York. As a child, she always had a vivid imagination and the bad dreams that go along with it, or perhaps the dreams were caused by the five brothers and three sisters she lived with. After seventeen years working for financial institutions in software development, she took a leap of faith and started her first book. Seven years later, EVERY NIGHT I’M YOURS was bought by Zebra books. The third book in Christie's historical Spinster Club series, SOMETHING SCANDALOUS, will be released in April 2010.

When it came to straddling the line, Sean McLatcher was an old pro. A cement pourer’s son with an Ivy League degree, Sean didn’t mind the fact that big callused hands poked out of his custom-tailored sleeves. Any general contractor worth his license was a jack of all trades, anyway, and Sean practically defined the term. He could crack a Pabst with the guys or order wine with the venture capitalists without missing a beat.

But romancing Janey Johnson? Damn. Sean was on boggy ground there.

He peered through the blinds for the sixth time in as many minutes and--finally, thank god--there she was. He grinned. He’d know that walk anywhere. The girl didn’t have any gear lower than march, and she took the parking lot like Sherman advancing on Savannah.

Question was, how was she going to take to the little token of his affection he’d strapped to the driver’s seat of her car? 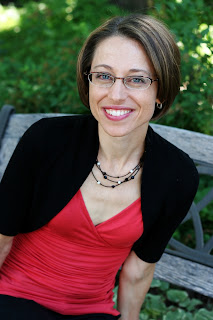 Some years back, Golden Heart ® Award Winner Susan Sey gave up the glamorous world of software training to pursue a high powered career in diaper changing. Two children and millions of diapers later, she decided to branch out and started writing novels during nap time. The kids eventually gave up their naps, so now she writes when she’s supposed to be doing the laundry. She currently resides in St. Paul, MN, with her wonderful husband, their charming children and a very tall pile of dirty clothes. 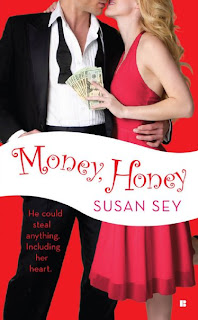 Her first book, Money Honey, will be released on July 6, 2010. You can visit her on the web at http://www.susansey.com/.

"If anyone finds out we repainted the sign on Palmer's parking space, we're gonna be fired. But did you see her face? You can't fake rage like that, " Derek said, grinning down at the parking lot.

"She can't prove it. If she makes a stink, she'll look like the humorless ladder-climber she is. It's a shame all that hotness is wasted."

"You're the one that turned her off dating...and Jell-o shots." Michael headed out the door, peered down the hall, then turned back. "Watch out, she's headed this way!"

"Run away, coward," Derek muttered, regretting giving in to his wild side. The one that had kept him in detention at school. That had once attracted Lindsay.

"Cut the crap," Lindsay said. "So much for discretion. Did you have to put that on my parking space?" 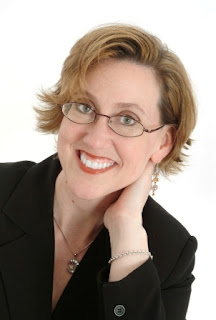 Caren Crane became a writer to escape the mind-numbing dullness of life in a cubicle when working as an engineer. Her forays into humorous, emotional women's fiction and romance allow her to spend time with the most entertaining people she knows - the ones in her head. Caren has finaled in contests such as the Golden Heart, Golden Pen, Maggie, Golden Opportunity, Molly, Sheila, Marlene and Heart Of the Rockies. She is an unapologetic conference junkie and a self-proclaimed promo ho. You can keep up with Caren at the Romance Bandits blog and at her website.

Griffin Delcorte laughed out loud as he gazed through the blinds. On the street below a troupe of dancing gorillas -- complete with pink tutus and glittering crowns -- spun and lept across the sidewalk. At the end of the routine, the lead gorilla held up a sign urging the quickly gathering crowds to attend the Beringer Ballet's premier of Swan Lake.

It was a cheap stunt. Griffin knew that. He also knew the Beringer was just a few audience members shy of bankruptcy. If he didn't turn the company around, and quick, they were doomed.

"Is this your idea of a joke?"

Griffin winced at the sound of the icy voice. He could picture her before he turned around. Long, graceful neck. Golden hair neatly captured in a bun. Her body a series of achingly beautiful lines. Beringer’s prima ballerina.

The crowds loved her.

That was because they didn’t know she was a complete bitch. 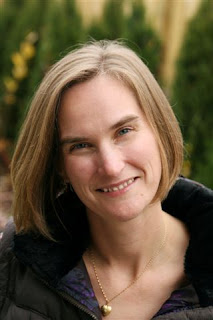 Kirsten Scott writes anything and everything -- from early reader chapter books to steamy adult romance. Kirsten was a 2006 Golden Heart finalist for her Regency romance, More Than a Lady. Since 2006, Kirsten has also tried her hand at contemporary romance and paranormal romance. Her first young adult novel, Delcroix Academy: The Candidates, will be available in August 2010 from Disney-Hyperion Books for Children. If she can ever quit the dreaded day job, Kirsten plans to take over the bookstore, one genre at a time.