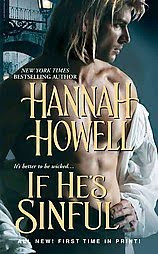 Lady Penelope is a woman who has a sixth sense. She can see dead people and she can feel what happened to a person by touching an object that person has touched. Kidnapped, drugged and chained to a bed in a brothel, Lady Penelope knows that someone has died in this very bed and it was not pleasant. As she glances around the room, her eyes land on a shadowy figure in the corner. The ghost makes herself known to Lady Penelope by whispering “Beware.” Fearful of who will walk in to the room, Lady Penelope tenses as the door opens. Shock replaces fear as Lady Penelope fixes her gaze on Lord Ashton Radmoore, her stepsister’s soon to be fiancé standing in the room in an ancient Roman outfit. But quickly, shock turns to utter disbelief as Lord Ashton begins to caress Lady Penelope’s legs and then completely disrobes in front of her. She never thought she would see this side of Lord Ashton.

When you are the eldest son of an adulterous father who leaves your family nearly destitute upon his death, you have to be a man who likes to stay in control and Lord Ashton Radmoore is no exception. He likes to be in control of the situation, in control of his emotions, and most definitely in control of his passion. Sworn not to be an adulterous husband like his father and trying to restore the family coffers, Lord Ashton begins courting a wealthy and beautiful yet somewhat cold young woman, Lady Clarissa Hutton-Moore. As the time draws near to ask for Lady Clarissa’s hand in marriage, Lord Ashton’s friends decide to surprise him with a night on the town, the pinnacle of the evening being dressing Lord Ashton as an ancient Roman and providing him with a woman for the night. Half way protesting this night of pleasure, Lord Ashton finds himself riveted by the beauty chained to the bed in the brothel. As he gazes into the mystical eyes of the beauty, Lord Ashton begins to realize he has met the one woman who will make him lose his control.

This novel is full of, well, everything. There is intrigue involved throughout the story (who would have Lady Penelope kidnapped, drugged and taken to a brothel). There is a cast of evil characters (the stepbrother and stepsister of Lady Penelope). There is a vast cast of secondary characters that are very entertaining and enchanting (a house full of innocent children who find themselves born on the wrong side of the blanket in the Wherlocke family but whom Lady Penelope loves and cares for). There is comedy (don’t get me started on what some of the little boys say and do). But above all of these things there is a consuming love story. A story of a man who gives up his control to enjoy the love of his life. A story of a woman who finds that one man to love her just as she is, sixth sense and all. As you can see from this passage, love and passion abound.

“This is madness,” Ashton mumbled as he realized he had begun to undo her gown.

“Tis a very sweet one.” She kissed his throat, savoring the taste of him, and heard him groan softly.

“Penelope, I am close to taking you right here, on the settee in your parlor.”

“Aye, it is, perhaps, not the best place for this.”

He lifted himself on his forearms to look at her. Her lips were kiss-swollen, her eyes a hot blue that now knew was caused by desire. She wanted him. He wanted her.

“You are an innocent,” he whispered.

“Innocent, but not ignorant. I live a short walk from a part of London where every sin known to man can be purchased. I may be innocent in body, but I know more than I like to. I know where this will and I know I want to follow.”

It has been a while since I have read a Hannah Howell book, but I am so glad I did not pass up on this one. I found myself reading page after page and not wanting to put the book down. I am really looking forward to reading more of these series (Wherlocke Series) and seeing what other six senses the family members have been given. I hope you will pick up this book to see If He’s Sinful.
Posted by Buffie at 4:00 PM