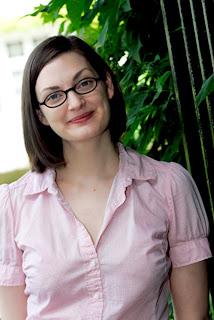 I am so thrilled to welcome debut author, Tiffany Clare to the Romance Dish today!  Tiffany's first published book, a historical titled THE SURRENDER OF A LADY (check out my "5 Star" review here) will be released September 28th.  This rising star of romance hails from Canada where she lives with her husband and children. You can find more information about Tiffany and her books at her website, www.tiffanyclare.com and friend/follow her at facebook, twitter and goodreads.  You can also catch up with her at the Vauxhall Vixens blog.

Welcome, Tiffany!  Congratulations on the upcoming release of your debut novel, THE SURRENDER OF A LADY! Please tell us a bit about the book.
Thank you!


THE SURRENDER OF A LADY is about a woman’s determination to survive the worst that can possibly be thrown at her. She’s removed (forcibly) from everything she knows and is told to embrace a new lifestyle (living in a harem where her favors will be sold) all in the name of protecting her son. Rothburn is a man with a past that haunts him daily. Temptation isn’t something he can resist easily, especially when he finds the only woman he’s ever loved all his life in the greedy clutches of an Ottoman Prince. Desperation takes a new turn when he risks everything to save her.

THE PRICE OF PASSION…
Sold. With one word, Lady Elena Ravenscliffe’s destiny changes forever. Forced into Constantinople’s slave market to pay off her late husband’s debts and save her son, Elena reinvents herself as Jinan—a harem girl adored by the rich lords who bid on her favors. But one man instantly sees through her façade.


…IS COMPLETE SURRENDER
Griffin Summerfield, Marquess of Rothburn, let Elena slip through his fingers years ago. When he recognizes her on the auction block, he pays an outrageous sum to possess her even if it is for a short period of time. But when his deadline looms, Griffin will risk all in a desperate bid to make her his—and his alone…


This is not your typical romance. Did you set out to write something exotic and different or did Jinan and her story come to you fully formed?
No, I didn’t set out to write something different. My imagination took me there and scared the bejesus out of me in doing so. For a long time I wasn’t sure I was even writing a romance (thank God my crit partners talked some sense into me). I didn’t even know the hero until I’d hit the halfway mark in the book because I was so focused on Elena’s growth and transformation into Jinan. Her story didn’t come to me fully formed, either. I just had an image of a slave woman who was in love and dancing (yet saying good-bye) to the man she loved. That was it. I wrote the scene down (now chapter 10) and went from there.


What would you like readers to know about Jinan and Griff before reading their story?
That true love knows no boundaries and that the heart remains true despite doing things that may be momentarily horrific. I’m still rather disturbed by the way Rothburn steals his princess away  But it’s done with his heart in the right place. And he is such a bad boy! 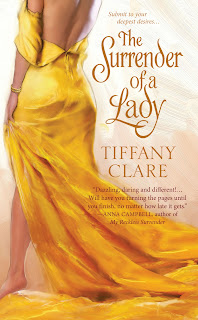 Is THE SURRENDER OF A LADY a stand-alone or will we meet characters from this story in future Tiffany Clare books?
Yes, the book is a stand-alone. However, you will meet Rothburn’s friend, Asbury, in this book. He is the hero of THE SEDUCTION OF HIS WIFE (Feb 1, 2011, St. Martin’s Press).


This book has been receiving some terrific reviews (including mine). I’m sure there are many unpublished writers who would love to be in your position. What’s the best writing advice you’ve received and what advice would you give to writers still working toward publication?
I was lucky to have this unusual and emotionally wrought book that readers have a hard time putting down whether they love or hate the premise.

It’s tough to break into publishing, but once you do don’t ever stop pushing yourself because you can always be a better, stronger writer. It never gets easier. The writing path is very different for everyone. I’m no expert (and still learning) but if you really, really want something, you’ll find a way to get it and keep it.


I love discovering new-to-me authors and recommending them to my friends. What authors have you recently discovered who you would recommend?
One new to me author would be Juliana Stone. I’ve thoroughly enjoyed her jaguar shifters and have even talked her into giving me sneak peaks of her upcoming books. They are not to be missed. I know! I’m such a tease!

Yes, you are a tease!  I love Juliana's shapeshifters!


We love call stories! How did you get the news that your book had sold? Did you do anything special to celebrate? Are you planning anything special to celebrate the release of THE SURRENDER OF A LADY?
My call story is kind of a dream come true. I got an email from my agent letting me know we had an offer (we had yet to receive any rejections) and that we had to stay hush hush because she was going to be her awesome self and drum up the interest with the other editors. So there was lots of silent squeeing as we waited. Another house was interested, and Jinan’s book went into bidding between two houses. Two weeks later I shouted it out to the world that St. Martin’s had bought my trilogy!

I can't imagine how difficult it must have been to keep all that excitement bottled up inside!


Let’s talk fantasies! Many readers imagine themselves in the lives of the heroines they read about and I’m sure more than a few have fantasized about being forced into a harem like Jinan, stolen away to sea by a pirate, or, perhaps, carried off to a shapeshifter’s lair. Tell us about your favorite fantasy and, just for fun, who would star as the villain and the hero…or maybe they’re one and the same? 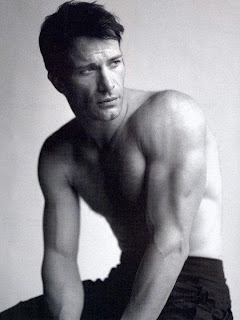 I never pictured myself as a harem fantasy kinda gal. Okay, that’s a lie. LOL I thought I’d try it out. Uh, what’s not sexy about the exotic, lush setting? About a man who loves you so much that you are his WHOLE world!

Now if we are talking complete fantasyland, I do love me some shapeshifters. I’d take any (or all) of Lora Leigh’s shifters any day, any time. Not sure who the stars of that show would be, though that lovely picture off to the side is what I envisioned Rothburn looked like. How could he not star in anyone’s fantasies? Fiction is sometimes so much more fun than reality. LOL!

I'd be more than happy to let him star in a few of my fantasies! :)
Okay, time for Quick Six!
City or country? City.
Early Bird or Night Owl? Early Birdy.
Bad Boys or gentlemen? Somewhere in between. I want the best of both worlds.
Sweet or spicy? Both.
Car or plane? Neither.
Main course or dessert? Dessert.


What’s next from Tiffany Clare? 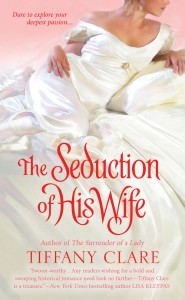 
Emma Hallaway has not seen her husband in twelve years—and that’s fine with her. As a young girl, she’d agreed to a simple marriage of convenience, allowing her to pursue her private passion for painting. And though unknown to the rest of polite society, Emma is now one of the most daring and sought-after artists in London. However, when her secret is threatened to be exposed, Emma is forced to open her heart—and her home—to a total stranger: her husband…


Richard Mansfield, Earl of Asbury, is all too familiar with danger. As a matter of fact, it is hard on his heels when he returns to England. Still, even he is shocked to learn of his wife’s scandalous double life as an artist. But once he sees the vibrant grown woman she has become—so passionate, so strong, and so alluring—his undeniable attraction to Emma stuns him. Suddenly Richard is determined to turn their sham of a marriage into a true and lasting love. But how exactly does a gentleman seduce his own wife? 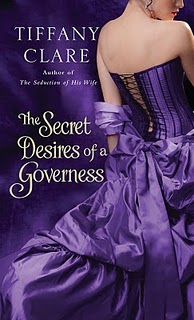 
Gorgeous covers!  I can't wait to read the stories that go along with them!

Tiffany, thank you so much for being with us today.  Congratulations again on the upcoming release of THE SURRENDER OF A LADY!

Would you like to ask our readers a question?
Do you have a harem fantasy? Would you want the love of your life to steal you away all for himself? What if he committed a grave mistake in doing so, would you forgive him?

Also, I’d like to give a signed copy of THE SURRENDER OF A LADY away to two lucky commenters. (I will mail the books as soon as I have my author copies or the day the book releases, whichever comes first).