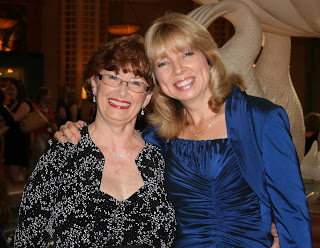 Aside from being one of the nicest and most genuine people I've ever met, Teresa Medeiros is also a gifted writer whose books have graced national bestseller lists such as the New York Times, USA Today and Publishers Weekly, to name a few.  She has over seven million copies of her books in print and has been published in more than seventeen languages.  Many of her books are on my keeper shelves, including her current release, THE DEVIL WEARS PLAID, which received a "TOP PICK!" rating from RT Book Reviews and 4.5 Stars from The Romance Dish. (read PJ's review here).


Thank you for joining us today, Teresa!  Congratulations on the release of THE DEVIL WEARS PLAID. (Love that title!) Please tell us a bit about the book. 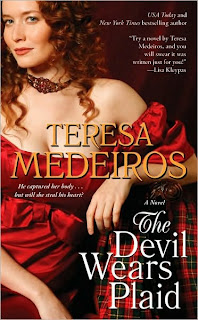 I've always adored "kidnapped bride" stories and in THE DEVIL WEARS PLAID, my Highland hero, Jamie Sinclair, bursts into the church on his big black horse right before Emmaline Marlow is about to say "I do" and literally sweeps her off her feet. He expects her to be some weak-willed English miss so he's definitely in for some fun surprises.

He certainly is!  I loved Emma's spunk!
Like THE DEVIL WEARS PLAID, many of your books feature the Scottish Highlands. What draws you to Scotland and the Highlands in particular? Why do you think this setting, and its inhabitants, resonate with so many readers?
Visiting Scotland and the Highlands two years ago gave me a fresh appreciation for the rugged beauty of the place. I think the Highland setting completely transports the reader into another world, almost like a fantasy novel. Writing about the Scottish Highlands is also my sneaky way of combining two of my favorite time periods because you can explore the clash between the "civilized" world of the Regency and the more "medieval" aspects of the Highlands.

Those "medieval" aspects of the Highlands never fail to draw me into a story.  It's my favorite setting.


Teresa, some authors have said they like complete quiet when writing while others prefer music or are at their most productive in the middle of Starbucks. What’s your writing routine? Does it vary from book to book or remain constant? If you used music during the creation of THE DEVIL WEARS PLAID, what songs were on the soundtrack?
I try to keep fairly regular office hours except when I'm on deadline. Then I'll work nights and weekends to play catch-up. (I was always the annoying kid who wrote their term paper the night before it was due and still got an "A".) I usually write my historicals at home because they require complete immersion in that world but I found that when I was working on my upcoming contemporary GOODNIGHT TWEETHEART, Starbucks became the perfect venue for writing.

And who told you I had a playlist titled DEVIL on my iPod? Some of the songs include "The Kiss" from the LAST OF THE MOHICANS soundtrack, "The Boys Are Back in Town" by Thin Lizzy, "Nine in the Afternoon" by Panic at the Disco, "If Ever I Would Leave You" from the CAMELOT soundtrack (which I played a gazillion times when writing Jamie and Emma's first love scene. Hey, it was a long scene!), "New Year's Day" by U2 and "Big Country" by Big Country. (This was the song I played when I finished the book and was weeping with joy along with my characters.)

Sorry, I protect all sources. ;-)  That's a terrific playlist and fits this story so perfectly!  I'll never be able to read that first love scene again without hearing "If Ever I Would Leave You" (one of my fav songs, by the way) in the background.


I'm always fascinated by the colors and contents of an author’s office or favorite writing space – that place where delicious heroes are born. Please tell us about your favorite writing location.
I commandeered the formal living and dining room in our house to create the "Teresa Medeiros Complex." You can actually take a tour at Pocket After Dark: http://pocketafterdark.com/_Teresa-Medeiros-Office-Tour/blog/2562567/159176.html

What's pretty amusing is that I still spend half my time writing on my laptop at a little desk in the corner of my bedroom to get away from the distraction of the internet. I like to think of it as the "magic box where I keep my book".

Wow!  I'm officially in love with your office.  You have everything, including your very own knight in shining armor!   Thanks for sharing the link to that wonderful virtual tour.


Your books are among those I turn to when I’m in need of comfort (and THE DEVIL WEARS PLAID has jumped to the top echelon of that list.)  What books do you turn to for a comfort read? 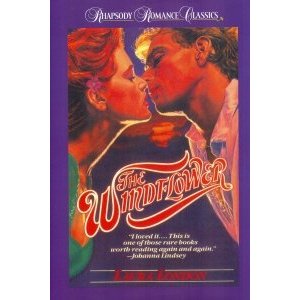 I love to curl up with THE WINDFLOWER by Tom and Sharon Curtis, my all-time favorite historical, or one of Judith McNaught's classics like SOMETHING WONDERFUL or ONCE AND ALWAYS. If I'm in real need of a literary cuddle, I'll re-read THE SECRET GARDEN and/or A LITTLE PRINCESS by Frances Hodgson Burnett or maybe HARRIET THE SPY by Louise Fitzhugh. Harriet is probably the reason I'm a writer today because I started keeping notebooks just like her after I first read that book as a kid!
Those are some of my favorite books.  I love that you started keeping notebooks after reading HARRIET THE SPY.  I wonder how many other young people she inspired to do the same?

Now, for some fun, "non-book" questions from me and the rest of the Dishies. I’ll go first. You’re a well-known Star Trek fan. Let’s say you’ve been given the opportunity to journey to the stars aboard the Starship Enterprise. Who’s at the helm and which fictional characters would you take along for the ride?

Hmmm…I think I'd definitely want "Captain Doom" from my book THIEF OF HEARTS to captain the ship. A pirate ship can't be that different from a starship, right? And I still can't resist a man in uniform! And forget fictional characters. I want you, Andrea, Buffie and Gannon manning the bridge!
Well, I certainly can't argue with "Captain Doom" and, speaking for myself, I'd be more than happy to go along for the ride!


We were recently in Orlando for the RWA National Conference. Buffie wants to know if you could choose one Disney animated character to be for a day, who would it be and why?
Oh, definitely Belle from BEAUTY AND THE BEAST! I want to be held captive in a grand castle by a gruff but sexy beast with a great library and invisible servants to meet my every need!

Now that's a getaway I think we could all get behind!


Since you write historical romances, Gannon is wondering if you time traveled to the past, what modern convenience would you miss the most?
I'm torn between TiVo and my Farouk Chi flat iron which I use to straighten my hair every day. If I ever hope to catch the eye of a historical hero, I think I'd better find a way to take along the flat iron.

I'm always fascinated by the answers people give to that question.  I hope I'm never in a situation where I have to choose just one!


I know you'll have fun with this one.  Andrea would like to know who would win the battle for your heart…Russell Crowe as the Gladiator or William Shatner as Captain Kirk? 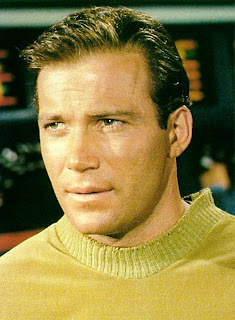 Andrea knows me too well, doesn't she? I have such a weakness for authority figures that I'd probably have to go with William Shatner as Captain Kirk. YOUNG Captain Kirk. YOUNG, VIRILE, TRIM Captain Kirk. Seriously, he was such a beautiful man in his heyday and Captain Kirk was so smart and had such a wicked twinkle in his eye. 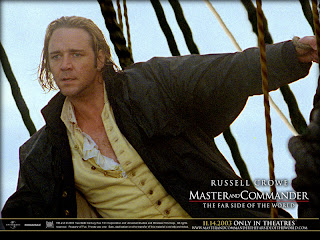 But Russell as Captain Jack Aubrey in MASTER AND COMMANDER might give him a run for his money (and my heart!)


Okay, back to me. You’ve gained a reputation as a social media maven with your presence on Facebook and Twitter. In fact, social media is a focal point of your next book, a contemporary titled GOODNIGHT TWEETHEART (another terrific title!) that will be released in January, 2011. Will you share a bit about that book with us? 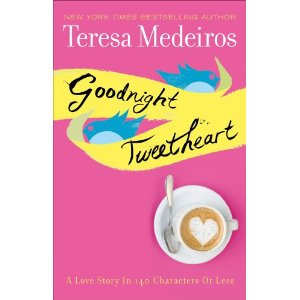 I've always loved Sleepless in Seattle, You've Got Mail and Same Time, Next Year—stories where two strangers brought together by chance stumble across a love with the potential to last a lifetime. After I signed up for Twitter last year and discovered the joy of connecting with my readers in such an intimate and immediate way, I was even more intrigued by the idea. Before long, Abby and Mark started "tweeting" in my head and insisting that I give them voices on the page. They meet, they tweet, they fall in love, then Abby discovers Mark is hiding a secret that will either be the making or the undoing of them.
Sounds like another great story, Teresa.  I'll be looking forward to it's release in January!
For more information about Teresa, visit her website at http://www.teresamedeiros.com/, chat with her on twitter at http://twitter.com/TeresaMedeiros and "like" her facebook page at http://www.facebook.com/TeresaMedeirosFanPage.
Teresa, thank you so much for visiting with us today and for your patience in answering all of our questions. Now it’s time to turn the tables. What question would you like to ask?
If you were heading out on a long voyage on a starship, who would YOU choose for your captain? (And yes…Gerard Butler, Hugh Jackman and yourself are all options! ;))

Teresa will be giving away an autographed copy of THE DEVIL WEARS PLAID to one lucky commenter, selected by random.org!
~PJ
Posted by pjpuppymom at 12:02 AM