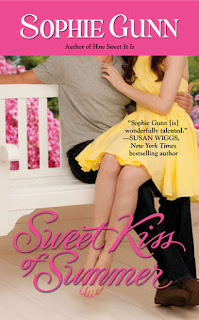 Nina Stokes tried to follow the instructions her brother Walt left in his final letter to her. She spent two years after Walt’s death in Afghanistan trying to contact Mick Rivers, the army buddy to whom Walt left his house. When Mick failed to respond, Nina, somewhat uneasily, began to make the house her own. Since she lost all her money to a con artist, she needs the house.

Mick Rivers barely survived his time in Afghanistan, and the experience left him with memory loss and posttraumatic stress disorder. He has a bad feeling about the task Walt Stokes, a man he didn’t know well or like much, left him, and he has qualms about claiming the house. But he is deeply loyal to his family, and the only way he knows to raise money that’s critically needed for a family member is to sell the house that Walt left him.

Nina is determined to hold on to the house, and she’s equally determined to get some answers about her brother’s death. Mick sees the impasse as a lose-lose situation. Nina will lose the house, and he’ll end up feeling like jerk for taking it from her. But he feels that he has no choice. When Nina invites Mick to stay in the house, proximity, chemistry, and greater knowledge of one another play their predictable parts, and amid secrets, thefts, bad news, and bad choices, Nina and Mick make their way to an HEA

This is the second book in Gunn’s Enemy Club series about four high school enemies who become friends and vow to always tell one another the truth. The premise promises to be different and interesting, and I loved How Sweet It Is, the first book in the series. This one? Not so much.(Read Janga's review of How Sweet It Is here.)

Nina wants to redeem her reputation as the flaky artist and keeps insisting she’s no fool. But she acts foolishly at times, and her willingness to trust even against evidence bothered me. I admire her indefatigable optimism, but I longed to see it more tempered by mature judgment. I found Mick more appealing and understood him better. It’s hard to resist a psychically wounded hero with a troubled childhood who is clearly one of the good guys. But the hero who keeps silent and leaves to protect the heroine is one of those plot points that makes me want to scream—loudly. And with both Mick and Nina, I felt much of who they are was inadequately unexplored.

I was also confused by the villain’s role. I can’t say much for fear of spoilers, but I never understood exactly how the smuggling worked. Also, I understand that loose threads are sometimes necessary for the purpose of the series, but since the house had a pivotal part in the story line, I was irritated when that particular thread was left dangling.

I do like the relationship among the four women, and the scene where Nina first sees Mick is enough to make me glad I read the book.

The man pulled his T-shirt over his head in a swift, one-armed movement. She ducked low, tried to swallow, pulled the brim of her sun hat low to cover her blush and her ridiculous smile. -The most beautiful man I’ve ever laid eyes on is stripping my driveway. God, I love this town.

Even though Sweet Kiss of Summer wasn’t all I hoped it would be, I liked it enough to hang in for Jill’s and Georgia’s stories. Georgia became a more interesting character in this book, and I assume her story will be next. Nina’s not the only optimist. I look forward to the third book.