Tawny Weber is usually found dreaming up stories in her California home, surrounded by dogs, cats and kids. When she’s not writing hot, spicy stories for Harlequin Blaze, she’s shopping for the perfect pair of boots or drooling over Johnny Depp pictures (when her husband isn’t looking, of course). She can also be found over at the Romance Bandits blog and her own blog. Please welcome Tawny to The Romance Dish! 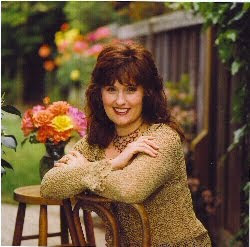 It’s All About the Hero

I’m a firm believer in the power of motivation. And what usually motivates me when I’m writing – especially writing a Blaze – is the sexy hero.

There are so many things that make a hero sexy, aren’t there? A tight butt in well-worn blue jeans (or better yet the front view *g*). Gorgeous, melting eyes. Silky, run-your-fingers-through-it hair. A sparkling, wicked smile. Or is it more than physical? A macho alpha energy? A mellow beta tone? Maybe a little of both? A guy who flirts or a guy who commands. What about the career? Is that what makes a guy sexy? Cops are hot, right? Firefighters even hotter? Cowboys, CEO’s, carpenters. Ohohoh, maybe what the hero wears? A uniform? A tool belt? A three-piece suit?

Mmm mmm, is it getting warm in here?

In my most recent story, YOU HAVE TO KISS A LOT OF FROGS, which is a part of the BLAZING BEDTIME STORIES, volume III, my hero is a reporter who specializes in the sexy. Writing about it, doing it, looking it. Life is good, until a curse ruins his sexual mojo and makes his, well, let’s just say his specialty to shrink alarmingly at just the wrong times. What made Sebastian a sexy hero to me? That despite this minor (well, major in his mind) affliction, this was a guy who exuded sex. Not in the ‘do any woman who walks’ way, but in the ‘make a woman feel meltingly feminine’ way. Which I think is one of the sexiest things there is. Sebastian loved women, appreciated women, and most importantly, respected them. Add in gorgeous eyes, a nice tight butt and shoulders to die for and he was total hunk material.

How about you? Tell me about what YOU find sexy in a hero. What makes a guy a hunk in your eyes? Lets dish about it, and I’ll offer up any book in my backlist to two random commenters!

Fan favorites Tori Carrington and Tawny Weber invite you to 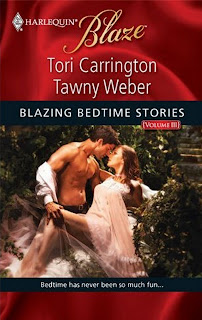 The Body That Launched a Thousand Ships by Tori Carrington

Elena Anastasios is finally going to get her fairy-tale wedding. Little does she know that ultra-hot Ari Metaxas is about to steal her away from her groom-to-be. Or that he intends to give her multiple mind-blowing reasons to believe that he's the better man!

You Have to Kiss a Lot of Frogs… by Tawny Weber

Reporter Sebastian Lane knows he's tangled with the wrong woman when she puts a curse on him to lose his sexual mojo! It's going to take a real woman to save him. Luckily, Jordan Olliver has a weakness for Sebastian, warts and all….


Enjoy a little snippet from Tawny's latest, YOU HAVE TO KISS A LOT OF FROGS!


“What?” Jordan asked, trying not to sound as defensive as she felt. As soon as Sebastian thought he had the upper hand, he’d go right back to nagging her to leave. “There’s only room for one Golden Boy, and you’ve got that position nailed.”

“What a stupid title,” he muttered.

Jordan’s smile widened. Walking through the room, she made sure he had plenty of towels and blankets. Then she headed for the door.

“What’s the matter,” she teased. “You didn’t know that was your primary designation at Machismo? Closely followed by Stud King, of course.”

She expected him to laugh. Instead he looked as if she’d punched him in the belly and called him a pansy.

“What?” she asked, her hand on the doorknob. No wonder she always ended up with losers. She obviously didn’t know how to talk with men. “I’m not poking fun at your masculinity or anything.”

He got this weird look on his face. Almost like panic. Then it was replaced by a set, determined expression that sent a trickle of worry down her spine. Kind of like the kind she got when someone told her she couldn’t do something. A look that warned, ‘Oh, yeah? Watch me.’

Brow furrowed, he strode slowly toward her. Jordan didn’t know why, but she suddenly wanted to run. Stupid. She wasn’t afraid of Sebastian Lane. Except...maybe she was a little afraid of that look on his face. And the way her body reacted to it.

Her thighs quivered. Warmth trickled from her suddenly beaded and aching nipples to deep in her belly. She forced herself to keep breathing normally as he stopped just a few inches from her.

Jordan swallowed, looking up to meet Sebastian’s gaze. A wicked glint sparked in his eyes, but beneath it she saw something else. Something edgy. Dangerous. Sexy as hell.

“Is that why you won’t leave, Princess?” he murmured, planting one hand on the wall next to her head and leaning closer, so the warmth of his body wrapped around her like a silken blanket. “You’re wanting to find out for yourself just how studly I am?”

“Yeah, right,” she dismissed, shooting for sardonic. Instead, she sounded breathless and needy. It was hard to care, though, with Sebastian’s mouth just inches from hers. She stared, noting the laugh lines fanning from those hypnotic eyes and the dark whiskers starting to shadow the sharp edge of his jaw.

“Do you listen to the gossip often? All those whispered reports about how I like it in bed? Whether I’m a traditional, missionary style kind of guy? Or if I play on the kinky side?”

“Who whispers,” she said, her eyes locked on his lips. Smooth, full and enticing, they were right there, tempting her to do something stupid. “The talk about you is done in giggles and shouts. And traditional is the last word associated with your preferences.”

“Only about your stamina.”

His grin was fast, appreciative and the final straw for Jordan. She couldn’t stop herself. She ran her tongue over her bottom lip. Just the tip of it.

That’s all it took. Sebastian’s eyes went from amused to molten. Then he lowered his head. Excitement did a happy sprint through Jordan’s tummy, her heart keeping pace. Desire, hot, wild and intense flamed through her.

Like a whisper, his lips brushed hers. Just barely a taste, a hint of the decadent deliciousness yet to come. Her breath lodged tight in her chest. Her heart pounded so hard she was sure he could feel it against his mouth.

Then he pulled back. Eyes closed, he shook his head and turned away. Jordan almost screamed in protest. She wanted her kiss, dammit. It was all she could do not to grab him back as he strode toward the bed.
Posted by Andrea at 12:01 AM