Lessons Learned....Or...It's All About Me 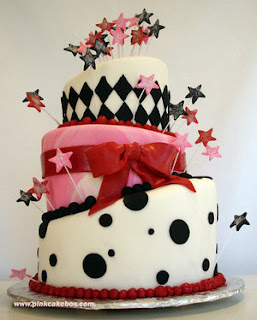 Today is my birthday. It’s not one of those big birthdays. You know which ones I’m talking about: the ones with a zero on the end. Not this year, though the next one of those is looming on the horizon and since I’m zooming toward the finish line of another decade it got me to thinking about what I’ve learned during my time on Earth and also what I have yet to learn. A person can soak up a whole lot of "stuff" in a lifetime so here, with a few visual aids, are some of my lessons learned. 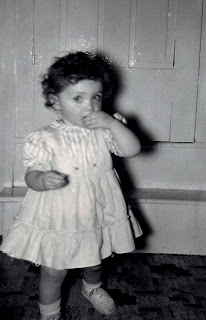 One of the first, and most important, lessons we all learn is how to walk. I may look a bit tentative here and I’m sure I acquired my share of bumps and bruises, but I don’t think it slowed me down much.  Actually, according to what my mother wrote on the back of the photo, I seem to have mastered the skill of multi-tasking at a young age as well.  In this photo, I'm happily munching olives while taking my first tentative steps.  Even as the age of one, I knew good food should be a priority! 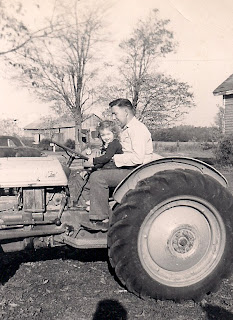 Once you master walking, move on to more challenging
tasks...like driving tractors... (it's a good idea to take along
a friend who can reach the pedals) 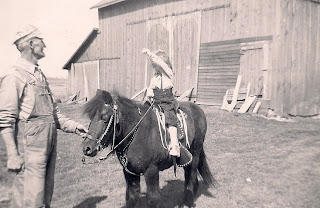 ...and riding horses. (Not exactly a buckin' bronco but I seem to have the technique down.)  This was also about the same time I learned how to milk a cow…and to not try milking the bulls.  A very valuable lesson! 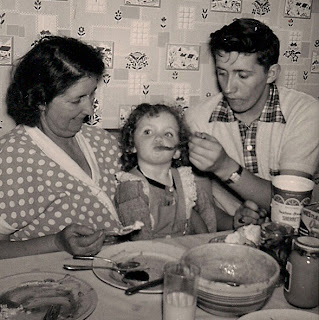 I’ve always thought the skill of feeding oneself was highly overrated. Why go to all that work when one has so many willing helpers? 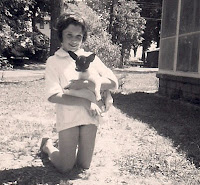 I learned at an early age that your fur-friend can be your best friend. I’ve had many over the years and they each hold a special place in my heart, especially the one who woke me this morning with neck nuzzles and ear kisses.  It did wonders for the lovely dream I was having about Hugh Jackman at the time! 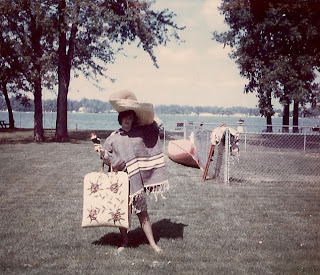 You’re never too young to learn the value of a good bargain souvenir! This was also the summer I learned Spanish…and then proceeded to forget it because nobody in my little Midwestern town spoke the language. Lesson learned: use it or lose it! 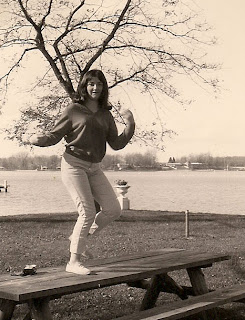 Ah yes, table dancing: a frequently overlooked skill that comes in handy during the college years...or so I'm told.  Because I would know nothing about that.  Nope.  Not me.  Not a thing. 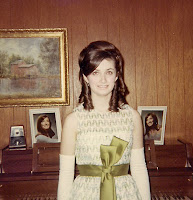 I learned the value of a good hairstylist and complimentary colors ~ sadly, too late for the Junior Prom. A little blush would have helped too. 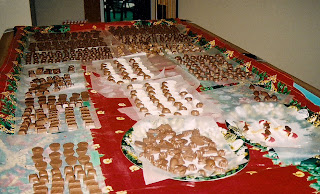 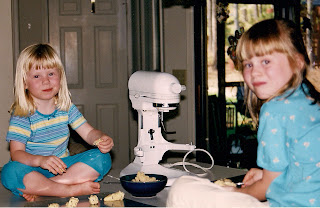 Share your knowledge with the next generation.
"Why yes, it's perfectly acceptable to eat chocolate chip cookie dough!" 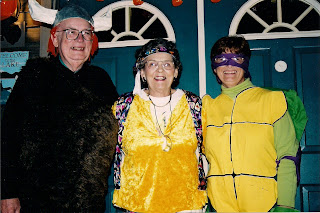 You’re never too old to be a kid.  Laugh at yourself and greet the world with a smile...especially when you're masquerading as a Teenage Mutant Ninja Turtle. That’s a lesson I hope I never forget! 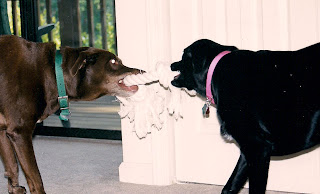 Be willing to fight for what you want. 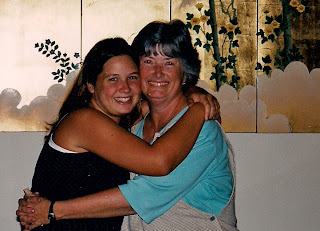 Hugs are my currency of choice. 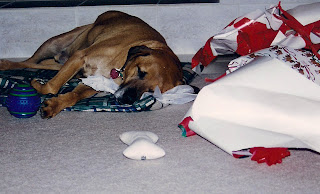 Never underestimate the power of a good nap. 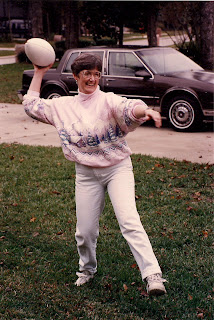 Don’t let anybody tell you that you can’t do something
just because you’re a girl. 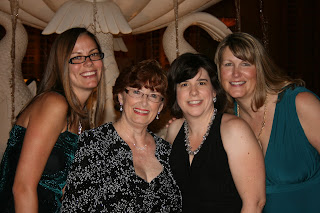 Surround yourself with good friends and you will always be rich, no matter your material possessions.

One of the most important lessons I’ve learned is that you’re never too old to learn something new. The Romance Dish is evidence of that!

What lessons have you learned?  What are your special skills?  What would you like to learn?  I'm going to learn something new in the next year and I'm trying to decide what to choose.  Knitting?  A foreign language?  Should I improve my photography skills or maybe take a cooking class?  Toss some ideas my way!

Because it's my birthday and there should always be presents on a birthday, I'll send some goodies from my RWA stash to one randomly chosen commenter.  So, come on!  Let's hear those ideas! :)