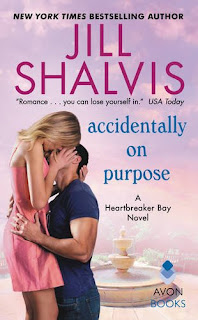 Elle Wheaton is smart, assertive, and tough. She is a whiz at her job as the general manager of the Pacific Pier Building, and she has found her tribe in the core group of fiercely loyal friends who work in the building and in surrounding businesses. She is also ambitious, devoting time and money to pursuing a degree in accounting. Her life now is very different from the difficult one she knew as a child. However, Archer Hunt, head of Hunt Investigations, is an ever-present reminder of her troubled past. She cannot ignore him, despite her efforts to do so. She cannot forget what she owes him, and she cannot control his effect on her libido.

Archer has unobtrusively kept an eye on Elle over the years since he blew his cover on an undercover operation in order to protect a then-sixteen-year-old Elle and ended his career as a cop in the process. It was he who recommended her to Spencer a year ago for the general manager’s job. But Elle is no longer that vulnerable teenager; she has become a smart, sassy, sexy woman. Archer has promised himself that he will keep ignoring how attracted he is to the grown-up Elle because she deserves someone who will not remind her of a past she has fought to escape. He keeps his promise until he has to watch Elle dating someone else. However, moving from friends (of a sort) to lovers is complicated by their shared past, which is not as past as they thought. Old enemies pose present danger, and Archer will have a close call, retreat to his default attitude, and be forced to do some major groveling before he and Elle begin their HEA.

Accidentally on Purpose is the third book in Shalvis’s Heartbreaker Bay series, and it has the clever repartee, sizzling attraction, and friends-as-family theme that delighted fans of the first two books. The tension between Elle and Archer in those books signaled readers that these two were meant for each other, and their story has been highly anticipated. The story has sufficient steam and emotional power in the romance and in the characters’ separate family complications to please lovers of sexy contemporary romance who are just discovering Shalvis as well as eager readers already enamored of Elle and Archer.

I belong to the latter group. I like the tribe of friends Shalvis has created for this series, and I like the San Francisco setting. I began reading this book already invested in seeing Elle and Archer finally become a couple. With characters as stubborn as these two, a push-pull relationship was almost a given, but it seemed to me that the sequence of no-yes-no became a bit repetitious—not enough to ruin the story but enough to make it less than a five-star read. The flaw is a minor one, however, and the book is still a winning addition to a solid series. It is a must for those who enjoyed the first two books, and I recommend it to readers who like a mix of sizzle, humor, and heart in their contemporary romance reads.


Next up is Chasing Christmas Eve (September 26, 2017)—Spencer’s story. That’s the one for which I have been waiting most eagerly. I’ve already preordered my copy.