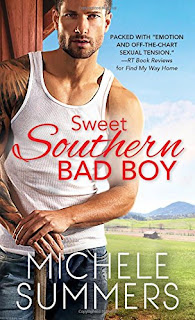 Katie McKnight is elated to have found a house that seems perfect as the location for her father’s latest horror miniseries featuring teen zombies. Having failed as production runner, production assistant, and boom operator for her father’s studio, she is desperate to prove herself successful as a location scout. It doesn’t matter that she has a degree in elementary education and found joy in teaching and in her avocation, photography; the McKnight parents and their two lawyer sons measure success in dollar amounts, and Katie has never measured up. But securing this old farmhouse in Harmony, North Carolina, as the setting for McKnight Studio’s paranormal scream fest could change the family’s view of Katie.

Vance Kerner is facing his own version of desperation. He has published twelve novels, war thrillers that have enjoyed considerable success. However, with the deadline for the final book in his bestselling Honor series a mere month away, Vance is faced with a handful of assorted scenes and a blank computer screen. His writer’s block is exacerbated by his temporary responsibility for the children of his older brother, a soldier on another deployment to Afghanistan, and his sister-in-law, who is recovering from a skiing accident that left her with two broken legs, a sprained wrist, and assorted bruises. Caring for seven-year-old Donald, five-year-old Dover, and three-year-old Dana Sue, aka Danny, plus Pixie the dog and Lollipop the kitten doesn’t leave Vance much time to write, and the Kerner siblings strike terror in the hearts of nannies. When Katie arrives at the farmhouse door, Vance mistakes her for the newest nanny and, almost incoherent with gratitude, immediately begins giving her instructions. He is so desperate to make a meeting with his agent that even when Katie corrects his error, he cannot resist the deal she offers: babysitting services while he makes his meeting in exchange for fifteen minutes during which he will listen to Katie’s pitch for using his house as a setting for a miniseries.

He returns to find that a California Mary Poppins with family issues and low self-esteem has cleaned the house, cooked a meal and tamed the kids--all this plus Vance has fallen in lust with curvy Katie almost at first sight. He has no interest in turning his ancestral home into a site for zombie adventures, but he is very interested in a month with Katie as live-in nanny. Soon Vance’s closest friends are playing matchmaker, and half of Harmony is aiding and abetting them. Katie can’t believe that Vance, affectionately and alliteratively known as Harmony’s hottie and the hunk of Harmony, could possibly be interested in her even though he is the star attraction in her fantasies from their first meeting. Their journey to an HEA is heavily populated with supporting characters and complicated by Katie’s domineering father and one-dimensional ex, but Katie and Vance act like adults and make choices that affirm the strength of their love for one another.

Sweet Southern Bad Boy is the third book in Summers’s Harmony Homecoming series. I have not read the first two books, but except for thinking when the leads of the earlier books were introduced that their stories must have already been told, I had no problem reading this book as a standalone. I found Katie and Vance likable, and the family issues—both Katie’s need to win her family’s approval and Vance’s estrangement from his father, a retired two-star general—provided interesting context. I admit that early on I longed to see Katie grow a spine and confront her family with a healthy dose of truth.

Their strong will and influences had impacted her life on so many levels that she had no idea who she was anymore. Her past kept crowding her present. She hated being a wimp, and she hated not living life on her terms.

I wanted to give her a good shake and say, “Honey, you are twenty-eight not eighteen. Speak up.”  But she does just this finally, and it is a moment made more wonderful because she acts on her own, although her love for Vance and the sense of belonging she finds in Harmony have helped to make her strong enough to act. I have a weakness in life and in fiction for Southern charmers with an edge and a rich vein of guarded but genuine sweetness, so Vance won my affection more easily.

Some readers will doubtless find Harmony too quaint and quirky for their taste. At times, it does feel like Mayberry with Duck Dynasty walk-ons, but Southern eccentrics are more than stereotypes. If anyone doubts their realness, I can introduce you to a few. If you like small-town romance in which Southern accents and attitudes are more true than not, I think you will enjoy Katie and Vance’s story.