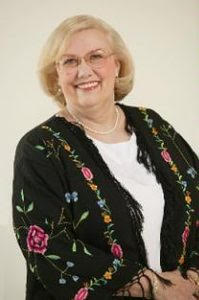 Georgia native, Diana Palmer has been publishing romance novels since 1979 with more than 115 novels in print, including historical and contemporary romance as well as science fiction. Her most recent novel, Wyoming Brave, #6 in her Wyoming Men series, was released December 27, 2016. When she's not writing, her hobbies include gardening, knitting, astronomy, animals, archaeology, and more. Learn more about Diana Palmer and her books by visiting her website.

She did sleep, finally. She went downstairs a little late for breakfast, hoping Ren would already be gone. But he was just getting up from the table.

He glared at her. "We keep regular hours here for meals," he told her curtly. "If you come sashaying down late, you don't eat."

"Rules aren't broken here," Ren returned. He looked at Merrie, who was stiff as a board. "You heard me. Delsey will tell you what hours mealtimes are. Don't be late again."
He shoved his hat down over his eyes, shouldered into his heavy coat and went out without another single word.

Merrie was fighting back tears.

"Oh, honey, I'm sorry, Delsey said. She drew the girl close and rocked her while she cried. "He's just getting over a broken engagement, and he's bitter. He wasn't like this before. He's basically a kind man..."

He said my cross was stupid and I wasn't to let it show again," she sobbed. "What kind of man is he?"

Delsey rocked her some more and sighed. "It's a long story. He went to a famous college up north on a scholarship and a professor there changed his mind about religion. He was an excellent student, but when he came home, he was suddenly antireligion. He sounded off to his mother about her Christmas tree and her faith, and had her running away in tears. Then he overheard her telling Randall that Ren was as cold and heartless as his father, whom she'd divorced. She was proud of Randall, because he was a better son. Ren just left. He's never spoken to his mother again."


Merrie pulled back and looked at the older woman through red eyes. "She divorced his father?"

She nodded. She handed Merrie tissues to dry her eyes with. "His father owned this ranch, but it was a hard life. His mother had very expensive tastes, so the story goes, and Randall's father wanted her. So she ran away with him."

“Yes, it is. But it was small and in debt when Ren showed up at the door just after that Christmas. He and his father began to work together to build up a breed­ing herd. Ren knew business, with his Harvard busi­ness degree, and his father knew cattle.” She smiled. “It took fifteen years, but they diversified into oil and mining, as well as cattle, and they built a small empire here. Ren’s very proud of it. His father was, too. He died two years ago.” She sighed. “Ren wouldn’t even let his mother come to the funeral. He’s still bitter about what he heard her say. He won’t speak to her at all.”

"It isn't human, to hold a grudge like that," Merrie said quietly. "He seems such a cold man," she added softly.

“There’s a kind man under all that ice. It’s just that he’s been frozen for a long time.” 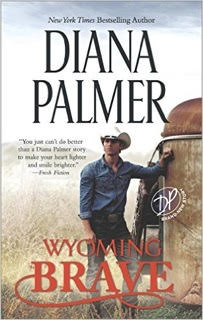 Ren Colter may own an enormous ranch in Wyoming, but he scorns his wealth. He's closed himself off since his fiancée left him months ago, so he's shocked when he allows Meredith Grayling to stay with him. He tells himself it's only to protect the blonde beauty from a stalker, but Ren's alpha instincts soon kick in.
The last thing Merrie wants is a devastatingly handsome man like Ren lurking around her. He's too experienced, too appealing for her already shot nerves. What she needs is just to get away from it all: the man haunting her waking dreams and the one hunting her like an animal. But no woman escapes this Colter cowboy!
Posted by pjpuppymom at 12:00 AM