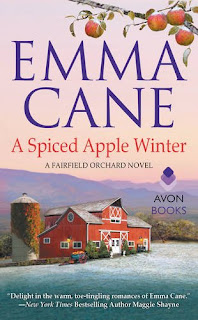 When the soap opera in which Tyler Fairfield starred ended, the timing seemed perfect for him to fulfill his promise to his family to join his twin Amy in managing the family orchards for six months. The Fairfield siblings had all pledged to do their part to keep Fairfield Orchards operating in the black while their parents take an extended vacation and their oldest sister Rachel, her parents’ chief backup for more than ten years, takes time to travel the world. After struggling through school and with orchard-related tasks, Tyler, at the suggestion of his future brother-in-law, is tested for ADHD. The diagnosis and the prescribed medication allow him to focus, thus altering his perception of the family business. For the first time, Tyler finds that he enjoys the challenges. The only thing marring his time at home is the awkwardness that lingers after he and long-time family friend, Brianna MacDougall, moved from friends to lovers one memorable night in New York City.

Every time she sees Tyler, Brianna remembers that night. Even though they agreed that it was a mistake and Tyler claims that his memories are vague, Brianna cannot forget. Her only regret is that her comfortable friendship with Tyler has become strained as a result. Bri, who is already stressed over her beloved father’s Alzheimer’s diagnosis and her increased responsibilities at her family’s country store, takes on even more when she decides to resurrect the community Christmas play that her dad managed for years. She hopes the experience will be good for her father and give her some sweet memories when his disease steals more of him from his family. She had not counted on the play throwing her in Tyler’s company more frequently nor on the added complication that Tyler’s friend, popular actress Gabrielle, brings when she takes the female lead in the play.

Tyler agrees to offer Gabrielle sanctuary from a major scandal that is threatening her career, but it is Brianna with whom he wants to spend his time. Initially, he is afraid of hurting Bri by beginning a relationship that can have no future since she will never leave Spencer Hollow and he will be leaving after Christmas, but she needs some fun in her life and she assures Tyler that she can deal with the temporary nature of a romance with him. Tyler is uneasy playing Gabrielle’s fake boyfriend to redeem her reputation at the same time he and Brianna are stealing time to be together. Bri trusts him when he says his relationship with Gabrielle is all for show, but she is unprepared to have her own reputation smeared and her life invaded by paparazzi when an enterprising reporter photographs her and Tyler as he leaves her house one morning. Can their relationship survive such notoriety? Can Brianna believe Tyler when he insists he wants more than a holiday fling?

A Spiced Apple Winter is a sweet romance with a friends-to-lovers plot that is credible and appealing. Brianna and Tyler are likable, sympathetic characters whose romantic relationship develops slowly and convincingly, based on a deep friendship with a long history that includes ties with one another’s families. As one of Amy’s best friends, Brianna grew up at home with the Fairfield clan, and Brianna’s dad served as a second father to Tyler when his own dad’s alcoholism led to parental failures. The Gabrielle complication could have turned this story into a clichéd mess, but Cane has her leads behave with maturity and a trust based on their knowledge of one another.

The details about orchard life, about the MacDougall store, and about the Christmas play give Spencer Hollow a substantial realness and make this more than just another small-town romance. The secondary characters make the novel a richer read. Amy Fairfield and Jonathan Gebhart (At Fairfield Orchard, Book #1) play their parts without appearing to wave “Read Our Book” signs. The MacDougall family’s coming to terms with Mr. MacDougall’s Alzheimer’s diagnosis is authentic and poignant. Gabrielle is not a spoiled, conniving Hollywood bitch, but a talented actress and a genuine person.

I loved Cane’s Valentine Valley series, and the Fairfield Orchard series promises to be just as good. If you are looking for a small-town romance with a freshness and charm that make it a standout in a subgenre often plagued by sameness, I definitely recommend this book.  The Fairfields are a big family, and I’m looking forward to stories from the other siblings. I’m also hoping to see more of Gabrielle and Spencer Hollow’s reclusive playwright. I’m hooked on this series!