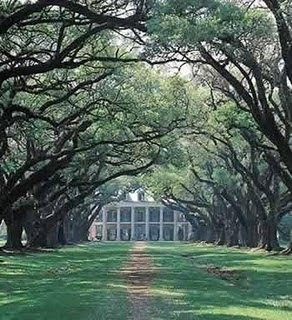 Today marks the middle point of our Bandit Invasion Week. We hope you are having fun with the vignettes. Nancy Northcott, KJ Howe, Cassondra Murray and Jeanne Adams have provided you with a variety of vignettes with the above picture in mind. So delve deep into your creative mind, get those juices flowing and finish off one or more of the vignettes. The prize package up for grabs today is a $10 B&N gift card from KJ, a signed copy of Dark and Deadly and Dark and Dangerous from Jeanne, a $10 B&N gift card from Cassondra and a $10 Borders gift card from Nancy. Wow, I wish we Dishies were eligible to win!

Our first vignette today is from Nancy Northcott. Nancy enjoys all types of word play but considers fiction a unique window to the human heart. In her books, she combines adventure and romance in the development of true love for her characters. She has finaled in the Golden Heart and various chapter contests and has won several, with her most recent win the 2008 Maggie Award for Excellence in Contemporary Single Title. She has published freelance newspaper and magazine features and teaches college classes in American cultural history.

“Amazing house.” Rick’s gravelly voice crackled over the Team X comm net. “Be a shame to blow it up.”

Crouched beside her partner, Ian, behind the bushes off the long drive, Lisa Marshall barely listened. The idea of destroying something so old and beautiful and precious to her family made her ill. But if Kralek’s soul-stealing demons had used the psi power accumulated here to open a portal from their world, only the house’s total destruction would stop them.

Tall, chestnut-haired Ian squeezed her shoulder in silent support. Only he knew how much the house really meant to her, and she trusted him to keep that quiet. Especially after last night’s unexpected flare of passion between them, which neither of them seemed to know how to handle in the morning light.

Silently, they stole down the wide lawn. They’d almost reached the house when something under Ian’s foot went click. He froze, and they both looked down.

After graduating from University of Toronto with a Specialist Degree in Labor Management Relations, KJ Howe tried the business world—but the creative pull to write was irresistible. She returned to school to complete a Master’s in Writing Popular Fiction from Seton Hill University in Pennsylvania where she wrote her thesis, ONE SHOT, TWO KILLS. KJ has the honor of winning three Daphne du Maurier awards for Excellence in Mystery and Suspense and numerous other writing awards. She works as a medical, health, and fitness writer, excellent training ground for research and answers to countless Jeopardy questions.


Thirty seconds until nirvana. Mariah climbed out of the limo that had been sent for her and stared at massive plantation-style home. Very intimidating, especially for a girl who’d struggled to eradicate all signs of growing up on the wrong side of the tracks. She tottered along in her three inch heels, strolling down the red dirt path. Was he watching? She straightened her spine and quickly wiped her damp palms on her gingham dress. Four questionnaires, two interviews, and a background check—heck, it felt like she was being vetted by the FBI. All so she could meet Mr. Right. What had the lady at the agency said? They’d found a perfect match and he wanted her to come over that very day. She climbed the steps to the porch, her knees wobbling and her heart throbbing. She inhaled a deep breath. Here goes. Turning, she came face-to-face with— 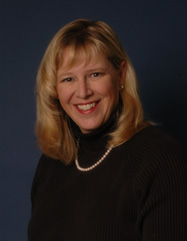 Romantic Suspense author, Jeanne Adams is a woman of many talents. The former marketing executive also has degrees in interior design and landscape design, worked in the funeral and cemetery business for several years, teaches classes on fascinating topics such as Body Disposal and is now happily employed as a consultant and full-time writer. The author of two romantic suspense novels, Dark and Dangerous and Dark and Deadly, Jeanne's next book, Deadly Little Secrets, will be released this fall.

Spring at Twelve Oaks made the funeral easier. The harsh beatings and brutal shouts were gone. Gabe could appreciate the old place now, ten years beyond the pain it represented. With his grandfather safely buried, he wanted one last look. Did ghosts still roam the halls? The retreat company he was selling to was banking on it.

He joined the day’s last public tour as it reached the library.

“In continuous use since seventeen-ninety,” the perky guide offered, “Twelve Oaks is full of ghost stories. One tale, the Death of the Pirate, centers on this very room.” Memory made him smile; it was a good story.

A hint of perfume drew his attention. At his glance, the woman to his right concealed a detailed site map she’d drawn, even as she pretended to listen.

Later, near midnight, with the house dark and empty, he slipped into the library. If stealing was her game, tonight after moonset would be optimal. He would wait, catch her in the act and then… 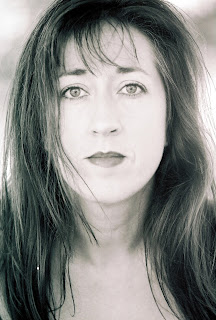 Cassondra Murray lives in Southern Kentucky in the midst of corn and soybeans with her husband, Steve, and their “children”--three Search & Rescue dogs, two cats, and a few thousand honeybees. When she’s not blogging with the Romance Bandits, cleaning the guns in the Bandit arsenal, or tending bar in the Lair, she writes Romantic Suspense and Futuristic Romance.

A good day for a sick bastard to die.

So why the hell was she shaking?

Marci twisted the zoom on the Schmidt-Bender scope way too hard. She was Marci by-god Gidcomb and her hand never shook. It didn’t shake when she made her first kill at 19. Or last week, when she sent Alabama’s Attorney General to his final reward.

She focused on the bedroom window. Second from left. Upstairs. Same as always.

The man moved back and forth across the room. She had only to wait. He’d unbutton his shirt, peel it off, she’d see the sweat stains on his undershirt and then she’d smell him--

Stop it. Stop it now. Marci let out a breath.

And there he was, in front of the dresser, unbuckling his belt. Dead center in her crosshairs.

Sweat dripped from her camouflaged face into the black mud.

She felt down the edge of the trigger guard and curled her finger forward...