Author Brenda Gayle's love of romance novels started when her parents purchased a cottage on a quiet lake just as she entered her teen years. A woman who lived close by was a voraciuos reader of romance novels and would give Gayle a bag of books each summer when she'd arrive. Now that Gayle spends much of her day writing business documents, she savors the opportunity to allow her creative muse to run free by writing deeply emotional stories of real women, real men and real romance. Please welcome Brenda to The Romance Dish! 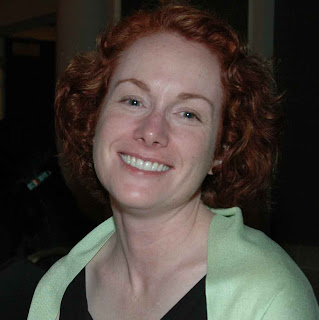 Brrrr..... Turn Up the Heat! Setting as Character

As I look outside at the ever-growing mounds of snow and listen to the windows rattle from the howling wind, I am anxious to return to my current work-in-progress. It’s a contemporary romance set in Santa Fe, New Mexico. Although the story takes place in February, the average temperature there is around 40 degrees F--absolutely balmy compared with the 14 degrees F Ottawa (Canada) is currently experiencing.

I hate the cold and it occurs to me that I am unlikely ever to write a book that takes place in a frozen climate. Or am I?

In a novel, characters are created with specific backgrounds and personalities to further the story. It is often through their human interactions that we understand the growth and development of the hero and heroine. How they respond to the physical environment (the setting of the novel) can be equally important. So choosing that environment must be done with as much care as creating characters.

My contemporary romance, SOLDIER FOR LOVE, is set on an island in the Caribbean. The heroine, Major Julie Collins, has just been promoted and given her first overseas command. The island’s government is recovering from an attempted coup and Julie’s troops have been brought in to help stabilize the country. She is an outstanding officer and when she’s in the compound where her troops are housed, she is confident and totally in charge. 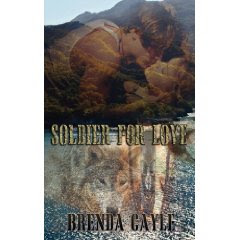 When she’s kidnapped by a voodoo priest and taken to a remote section of the island, she’s forced to rely on the skills of one of her troops to rescue her. That Matt Wolf also happens to be the handsome Native American with whom she had slept before being aware he was under her command, causes her to question her abilities as a leader. She’s his commanding officer, but he seems to be in charge.

The story relies on the hero and heroine operating in an environment that is unfamiliar to them. They have to create the rules as they go along--including falling in love.

Could the story have worked in another location? Sure. The key to SOLDIER FOR LOVE is for the hero and heroine to be in a place where they don’t have their usual touchstones or reference points to fall back on. It is possible that the story could have worked just as well if it had taken place up in the Arctic, but it’s cold up there and I hate the cold.

Let me know your thoughts on setting. Do you ever read (or not read) a book just because of its location? Can you think of a book where the setting was integral to the story? One of today’s commenters will be chosen at random to receive a copy of SOLDIER FOR LOVE.

Brenda’s first book, SOLDIER FOR LOVE, is a Joyfully Reviewed Recommended Read. Although fictional, the setting was inspired by the geography, history and culture of Haiti. She is donating 25% of book and eBook royalties to Haitian relief and reconstruction as a way to give back to the men and woman who allowed her to share their world during the researching and writing of the book. For more about Brenda, visit her website at http://www.brendagayle.com/ or follow her on Facebook (Brenda Gayle) and Twitter (Brenda_Gayle).
Posted by Andrea at 12:08 AM