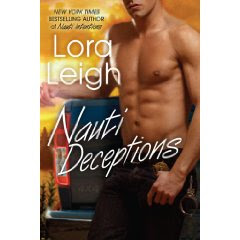 Entrapped in a sex scandal of none of her making, Caitlyn “Rogue” Walker lost her job at the small high school in Somerset, Kentucky. Determined not to leave town with her tail between her legs, Caitlyn begins her journey as Rogue Walker, the owner of the town bar and the Somerset’s resident bad chick. Stirring up trouble and keeping the boys at the bar in line, Rogue seems to have the bad girl persona down pat -- tough, sexy, and taking no prisoners. No one in the town would guess the only thing ever between Rogue’s thighs has been her motorcycle. The one small crack in Rogue’s persona is Sheriff Zeke Mayes, the man Rogue has crushed on since her arrival in Somerset.

Rogue has always been on Sheriff Zeke Mayes’ radar. Noticing her the moment she moved to the small town, Zeke is enticed and intrigued by this woman. Several years older, Zeke tries his best to stay away from Rogue but the sexual draw it just too strong for this lawman to ignore. From the first taste of her lips, Zeke is mesmerized by what he experiences. So when members of the small community are murdered and each one has a connection to Rogue, Zeke is determined to find the killer while protecting the one woman who has pierced his heart and soul.

Between the overwhelming sexual tension and the murder mystery, this is one page turner of a book! Rogue is a very strong heroine who gives just as good as she gets. While I love seeing this strong side of the heroine, I also enjoy when that tough exterior is chipped away by Zeke, like in this scene where Rogue is beginning to realize her feelings for Zeke are more than sexual.

“Eyes wide open, staring blankly at the ceiling as a heated kiss was pressed to her neck, and she felt herself free-falling. She was lost to the sensations burning around her, through her. She was lost to Zeke, and she was very much afraid she just might truly belong to him in ways that might end up terrifying her later.”

And who doesn’t love to see a strong hero fall completed head over heels in love, like in this line when Zeke realizes Rogue has made it past his walls to infiltrate his heart

“I love you until I can’t breathe for needing you.” His voice was jerking, panting. “God, Rogue. I live for you.”

Nauti Deceptions is the fifth in Lora Leigh’s Nauti Boys series. While there is some interaction with characters from previous books, you can definitely read this one without reading the entire series. So if you are in the mood for a book filled with mystery, intrigue, and dripping in sexual tension, pick up Nauti Deceptions and dive in!