Award-winning investigative reporter Hank Phillippi Ryan is on the air at Boston's NBC affiliate. Her work has resulted in new laws, people sent to prison, homes removed from foreclosure, and millions of dollars in restitution. Along with her 26 EMMYs, Hank’s won dozens of other journalism honors. She's been a radio reporter, a legislative aide in the United States Senate and an editorial assistant at Rolling Stone Magazine working with Hunter S. Thompson. Pretty impressive, huh? And on top of that, she's an incredibly nice person. :)

Her first mystery, the best-selling PRIME TIME, won the Agatha for Best First Novel. It was also was a double RITA nominee for Best First Book and Best Romantic Suspense Novel, a DAPHNE nominee, a TOP PICK and an RT Reviewers' Choice Award Winner. FACE TIME (August 2009) and AIR TIME (Sept. 2009) are IMBA bestsellers. DRIVE TIME is out February 1 from MIRA Books. Please help us welcome Hank back to The Romance Dish! 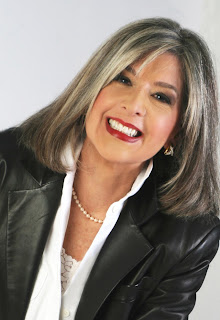 Can you keep a secret?

Okay, I see you all leaning forward...she’s going to tell us something big, you’re thinking. A secret. And yes yes yes, we can keep it.

How many times have you wondered just how much you can really share—or SHOULD really share—with that amazing guy across from you at the restaurant table? And haven’t you wondered exactly what he’s keeping from you? Or curled up, cozy, propped up on pillows with just a downy quilt over the two of you…what have you been tempted to divulge? Or not?

If your loved one asks: “can you keep a secret”-- what do you say? 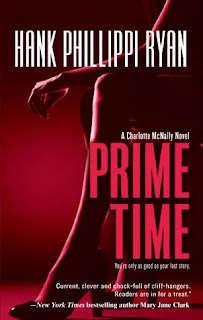 And if you know a secret do you tell your significant other? When you say—oh, I’ll never tell—does he/she count? And in that floating time just before—or after,--um….when it seems like it’s only the two of you. What would you tell then?

And it’s not just in your personal life, of course. How about on the job? As a TV reporter for the past 30 years, keeping things confidential is the hallmark of my work. There; are things I’ve been told that I can never reveal. Sources have divulged documents and reports and financial information and medical info, but where it all came from, I can never tell.

When you hear some juicy gossip at work…and you know you’ve got to keep it confidential—can you do it?

As DRIVE TIME proves, the real secret of a secret—may be knowing when to tell.

In this excerpt from DRIVE TIME, Charlie and her brand new fiancé are asleep in Josh’s bedroom. At least, Josh is asleep. Charlie is wondering what her life will be like when she leaves her home on Boston’s chic Beacon Hill and moves in with her dishy prep-school professor husband. And then—it turns out Josh is having a difficult night, too.


My new nightgown was a major success. But I still can’t sleep. Brookline’s old-fashioned line streetlights weave criss-cross patterns on Josh’s bedroom ceiling, stripes of shadow across the stark white. They’re now as familiar as my own ceiling design, Beacon Hill’s gas-lit yellow cast across the pale blue I painted myself. It’s been home for a long time. Now, I sleep here as much as there. And I’m feeling just as comfortable. Almost. 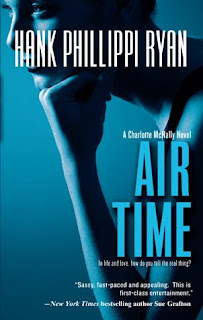 “Not one bit,” I say. “I’m trying, but not terribly successfully. My brain won’t turn off. Nor will the rest of me, thanks to you.” I turn to face him, eyes open again, smiling with possibility, glad for a good excuse to be awake. I’ll just be tired tomorrow. It’s happened before. I expect Josh to reach out for me, but his expression is—concerned? And why are his glasses back on? My Josh-radar pings into the red.

“Can you keep a secret?” he says. He’s still on his back, hands clasped over his chest, head turned to watch me.

I sit up, yanking the comforter over me, and twist around to look down on him, assessing. Can I keep a secret? What kind of a question is that?

“Um, keeping a secret, that’s the reporter’s credo, right?” I smile, trying for adorable-cheerful. Maybe I’ve misread his mood. I squint at the digital alarm clock. It’s hard to be perceptive at 3:34 AM. “Confidential sources stay confidential?”

Josh scoots up, back to headboard, grabbing his half of the comforter. “It’s Bexter,” he says. He leans over, gives me a quick kiss. “I’m sorry, sweets, to be distracted. Tonight, especially. But you know Dorothy Wirt? The Headmaster’s assistant? Well, the Head and I found her at her desk, a few days ago. Crying.” He shakes his head, remembering. “She finally told us she’s been getting some pretty disturbing phone calls. She didn’t want to tell, she insisted, didn’t want to “alarm” the Head. I mean, I think it’s more alarming that she tried to keep it to herself.”


(( Josh tells Charlie she has to keep this to herself. But Charlie’s an investigative reporter for a Boston TV station. And she thinks this could be a big story. Josh says his boss ordered him never to tell. But Josh’s daughter Penny—soon to be Charlie’s step daughter—goes to Bexter Academy. What if she’s in danger? But the Headmaster insists—Josh must never tell about the phone calls.)) 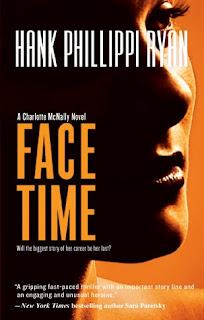 “That’s exactly what he said, “ Josh replies. “I don’t agree with him, but he’s the boss. And that’s why I asked you about keeping a secret. You can, right?”

Silence has never been so noisy. How do I answer that? For the past twenty years, my loyalties have been only to journalism. I stare at my engagement ring again. Somehow, now, the glitter contains a bit of a taunt. Who’d have imagined a continental divide in the middle of a king-sized TempurPedic?

“I’m just thinking,” I begin. “If there’s a possible danger to the kids, including Penny? I’ve seen it, so often, the tragic results when people try to cover up a problem or pretend a threat doesn’t exist. And it’s my responsibility as a journalist to investigate what people are trying to hide. Right?”

Josh’s turn on the tightrope. Are his loyalties to me? To the Bexter kids? To his boss? This is a discussion we’ve never needed to have. Now we’re having it in the middle of the night, naked, and when I kind of have to go to the bathroom.

I shiver, though it’s not cold. I need to let him continue. I need to hear this.

“Wrong,” he says again. “Because it’s your job to—to wait. Until you have all the facts. And we don’t have any facts. I told you something in confidence.”

He turns to me, face softening, then picks up my hand, twisting the diamond on my finger. “We’re not source and reporter here, sweets. We’re almost husband and wife.”

He’s right. But I’m right. Is there a right?


In DRIVE TIME, Charlie is torn between her loyalties to her fiancé, her new daughter, her job, her career, her future and her dreams…can Charlie really have it all? Can anyone? And perhaps, as DRIVE TIME explores—maybe the real secret of a secret—is knowing when to tell. 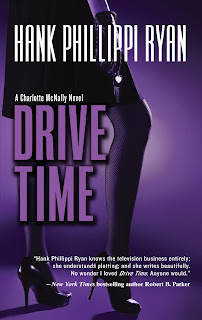 GIVEAWAY! The choice of any one of Hank’s Charlie McNally series—to five lucky commenters! And one grand prize winner gets the first three books--plus a terrific limited edition black canvas tote bag.

Suzanne Brockmann says: “I love this series!” Sue Grafton says: "This is first-class entertainment." And Library Journal just gave DRIVE TIME a starred review, saying in part “Placing Ryan in the same league as Lisa Scottoline…her latest book catapults the reader into the fast lane and doesn’t relent until the story careens to a stop. New readers will speed to get her earlier books, and diehard fans will hope for another installment.”
Posted by Andrea at 12:07 AM