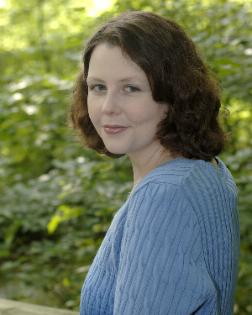 Jennifer Estep says she's a Southern gal through and through - sassy, sarcastic, and just a tad crazy. She's always loved making up wild stories in her head but nowadays she gets paid to do it. The author of four published novels, Jennifer is also an award-winning features page designer for a daily newspaper.

Please give Jennifer a warm welcome to The Romance Dish!


Greetings and salutations! First of all, I want to thank PJ and the rest of the Romance Dish ladies for inviting me to guest blog. Thanks so much everyone!

So today I thought I would talk about romance, of course.  *g*  And I thought that I’d focus on reader expectations, especially when it comes to books that aren’t straight-up romances – like my new book Spider’s Bite.

Spider’s Bite was released last week, and it’s the first book in my new Elemental Assassin series. Now, some of you might know me from my Bigtime paranormal romance series. Those books – Karma Girl, Hot Mama, and Jinx – were definitely romances, with a lot of sexy superheroes, masks, and spandex thrown in.

But Spider’s Bite is not a paranormal romance. It’s an urban fantasy through and through, and focuses on an assassin named Gin Blanco who runs a barbecue restaurant in her spare time. It’s very dark, gritty, and Southern with lots of blood, lots of action, and lots of violence.

And I think it also has a lot of romance in it. There’s a ruggedly handsome detective, loads of sexual tension, and a very steamy scene that takes place inside a supply closet. You can imagine what happens in there between Gin and the detective. ;-)

But I wonder if there’s enough romance in it for, well, romance readers. How much romance do folks expect in a book that’s not a straight-up romance? A love interest? Some kisses? A sex scene or two? And what about the happily ever after? Is that a requirement in a non-romance?

For the record, Spider’s Bite gets pretty steamy in places (namely, that supply closet). But Gin doesn’t get her happily ever after at the end of the book, although I do plan for her to have one during the course of the series. Whether it’s with the detective or someone else, well, readers will just have to wait and see.

Me, personally? I like books that have a little bit of everything in them – action, adventure, romance, even an explosion or two. I don’t necessarily expect a romance in say, a spy thriller or a cozy mystery, but it’s always a nice bonus. So is a happily ever after for the couple in question.

And urban fantasy is its own unique hybrid, since the genre gets so much crossover readership from romance fans, fantasy fans, and others. It’s a lot to juggle and think about as an author. But in the end, all I can do is write the best book that I can and hope that readers – all types of readers – respond.

What about you? How much romance do you like in other genres? Is the promise of an eventual happily ever after enough to get you to read a series? Share in the comments.
Posted by pjpuppymom at 12:19 AM