As all of you are well aware by now, I tend to fall in love with characters from new television shows I find myself watching. And this month's Hot Dish is no different. 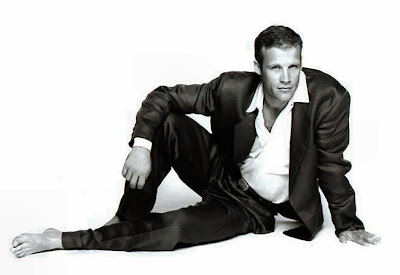 Based on the popular DC Comics comic book and graphic novel, Human Target is an action packed drama centered around Christopher Chance who works for a private security guard agency which handles unique cases. Chance, as he is known by clients and colleagues alike, is a man of action. He keeps his clients safe and delivers the bad guys to their just rewards. To me, Chance is the James Bond of television. Always able to get out of a difficult spot and smiling while doing it, Chance stole my heart the first time I watched the show.

Chance is played by seasoned actor Mark Valley, who has been on several television shows including Boston Legal, ER, and Fringe. Mark is a graduate of West Point with a major in mathematics (brawn and brains!) and is a Gulf War veteran. Seems to me his military training has come in handy with the role of Chance.

So ladies have any of you watched Human Target? If so, what do you think of Chance? Would you mind being held in his custody? I sure wouldn't ;-)