Erotica author Stephanie Julian had a book-a-day habit until she realized she not only wanted to read books but write them, too. She eventually went on to graduate from Penn State with an English degree and then took a job at a newspaper because the only thing she wanted to do was write and they were going to pay her to do it. Ten years ago, she decided to rekindle her childhood dream of writing romance and here she is! Welcome to The Romance Dish, Stephanie! 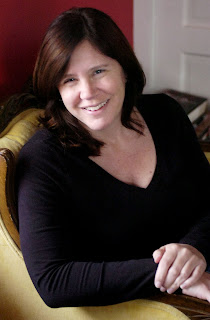 Thanks for having me here at the Romance Dish.

Oh, and I also love romance.

I’ve been a romance reader all my life, since I first discovered Harlequins in the mid 70s. I think I was eight. I was a pretty precocious reader, graduating to Bertrice Small and Rosemary Rogers by the time I was twelve.

I also read a lot of fantasy, including Tolkien, Eddings and Brooks, and every Stephen King. But even as I enjoyed those stories, I was always looking for more romantic elements.

At college, I majored in English. I loved Shakespeare but of course I wanted to rewrite the ending of “Romeo and Juliet.” The greatest love story of all time and they both die? What the hell? Yes, it’s an amazing written work but I’ll stick with “As You Like It,” thank you very much.

That preference for a Happily Ever After is why I write romance. People who don’t understand or look down on the genre don’t fully understand the appeal.

But why do you want to read a book where you know the ending? You hear that question a lot from people who read books where all the major characters die at the end, usually in horrible fashion.

I read romance because I like to believe that life isn’t always so dire. That there is hope and love does triumph even when your world is crumbling down.

Pollyanna much? Maybe. But isn’t that the beauty of romance?

When Rhett Butler walks out of Tara and away from Scarlet, I knew one day she’d follow him and win him back. Same goes for Ilsa and Rick in “Casablanca.” Actually, I just finished my second ménage, so maybe Ilsa and Rick and Victor… Okay, maybe not. But Ilsa and Rick are meant to be together, even if they have to wait until Victor dies heroically liberating death camps.

In my series for Ellora’s Cave, an entire society of Etruscan magical users has hidden itself in our society, clinging to their old ways while trying to fit into modern life. They retain their magic, they worship deities (who just happen to be living among us, as well) and fight to keep themselves and their families safe in a world that, if they were exposed, probably wouldn’t look too kindly on them.

Some of them have horns, wings and pointy ears and can change into wolves and other animals. But these stories are first and foremost romances and the central story is always two (or three) people falling in love amid turmoil, suspense and conflict.

How they overcome their obstacles to live Happily Ever After is the best part for me. Yes, writing the sex scenes is fun and exciting but having the story unfold before my eyes is even better. I’m not a detailed plotter. I have a general idea of the story before I start but I typically just start to write when I finally have the main characters in my head.

I had a leg up on that plot for “Moonlight Ménage,” the second book in the Lucani Lovers series to be released soon from EC. It’s a continuation of the story started in “Kiss of Moonlight.” I knew Duke, Tira and Nic before I started their book and I knew where their journey would take them.

They have a pretty rocky road ahead but, in the end, they come through and are stronger for it. Together.

Isn’t that what we all want? What do you want from a romance?